The Sources of Chihuahua Aggression: Why Are Chihuahuas so Mean? 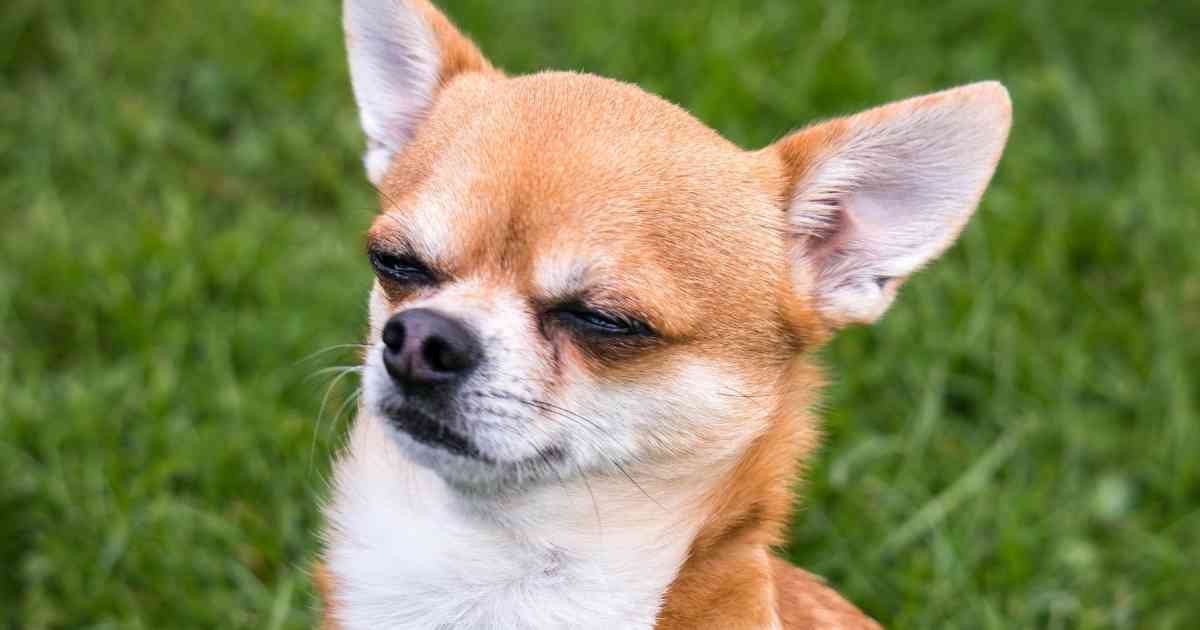 A quick search around the internet would lead you to believe that Chihuahuas are vicious little dogs. A myriad of search results through forums, social media, and pet-related websites indicate people look for explanations as to why Chihuahuas are such an aggressive breed (especially for a dog in such a tiny package).

But, is it a case of all bark, no bite? Despite their tiny size, Chihuahuas have a reputation for being over-protective and often flat-out mean. But, why are Chihuahuas so mean? Is this inherent to the breed itself? Are there any things that owners themselves can do to better train their pet to be more obedient?

Let’s take a closer look at understanding Chihuahuas’ behavior, so we can get to the root cause of answering the age-old question, “why are Chihuahuas so mean?”

Why Are Chihuahuas so Mean? The Probable Sources of Chihuahua Aggression 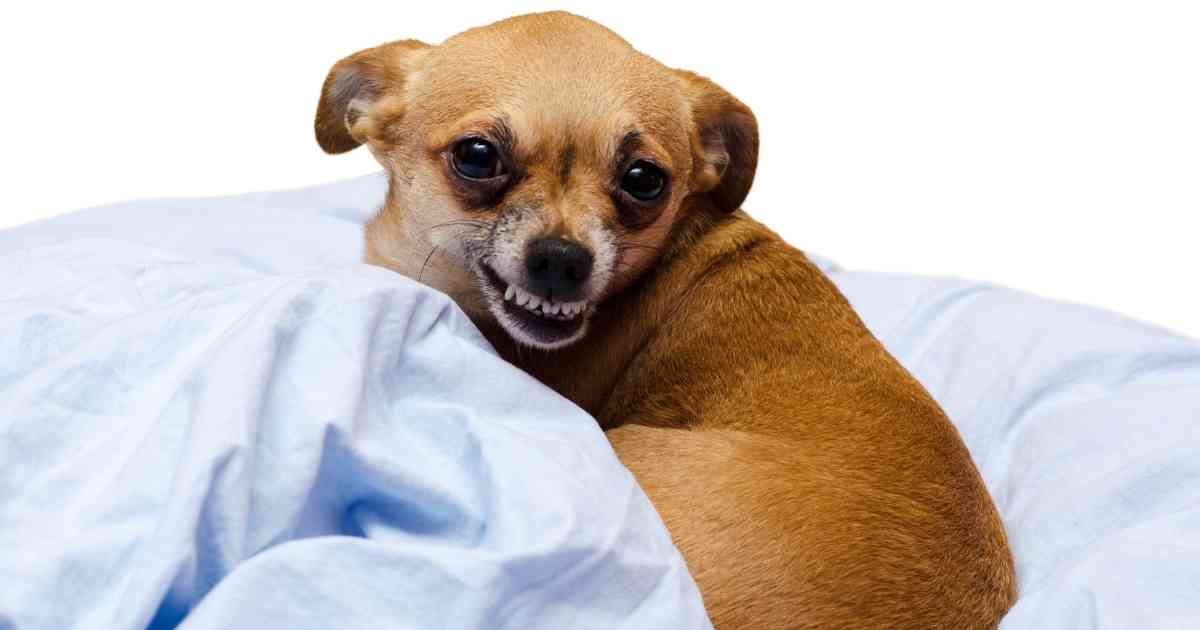 Future dog owners looking for a small breed are probably hoping to bring home a cute, loving dog when they pick a Chihuahua – they want an outgoing, fun, and safe personality to complement the small and cute look of the breed.

Unfortunately, Chihuahuas are known to be feisty with aggressive behavior, especially when unhappy or territorial. But, what causes this spark of anger and hostility in such a tiny dog, and what are pet parents to do?

There are many possible causes as to why Chihuahuas can be so aggressive and domineering. It’s not so simple to paint all Chihuahuas with the same brush – there may be different root causes for different dogs, and you cannot generalize an entire breed based on one experience or animal.

This is why it’s extremely important to recognize the source(s) of behavior as a pet owner, so you can properly address and correct it. Below, we outline some of the probable sources of Chihuahua aggression.

Lack of Socialization and Improper Training 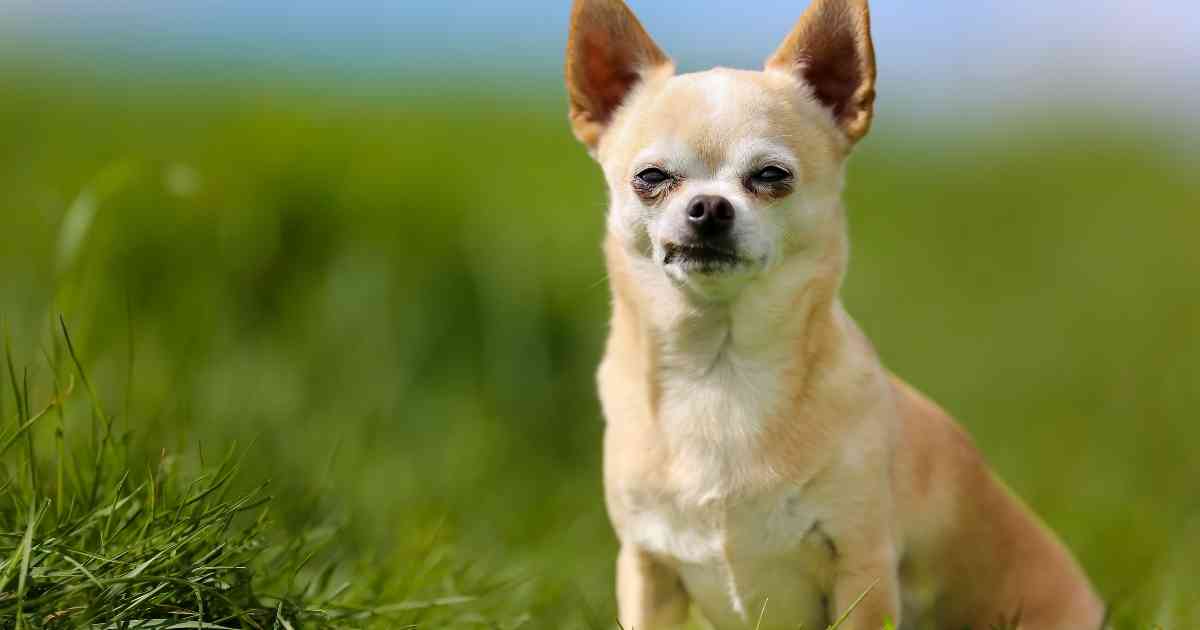 Many people never properly train or socialize their toy breed from an early age, and this can be a root cause of several behavioral issues later in life – even outside of aggression and temper. There may be an impulse to coddle and pamper smaller dogs rather than properly integrate them, and this leads to the reputation many smaller breeds have for being downright hostile.

Resources for pet owners, like the American Kennel Club, offer comprehensive guides on when to socialize your dog. Generally, the best period of time is thought to be between 7 and 16 weeks of age. Obedience training also allows pet owners to instill proper behavior in the dog from an early age, so positive behavior can be reinforced and encouraged.

Experiences at 7 to 16 weeks of age for the dog are fundamental: the building blocks of the animal’s perspective toward others, both human and dog, are reinforced. If you help your dog to see these as positive new experiences, your Chihuahua will grow to feel secure and safe around these interactions in the future: try to give him treats and reassurance.

Dogs with lack of socialization or improper training will react out of fear to new situations with strange animals or people, and this can be read as hostility or anger.

Small Size of Chihuahuas and Anxiety

Not only can early negative experiences taint the personality of the Chihuahua, but what is viewed as “bad” or territorial behavior can also come down to a matter of physical size of the breed. Since Chihuahuas are small dogs, they are more prone to injury and anxiety surrounding the possibility of danger. A Chihuahua could easily injure itself playing with a larger dog. It is not unreasonable for a Chihuahua to react out of territorial or fear-based aggression, and feel intimidated, anxious, nervous, or insecure.

Chihuahuas do tend to be a little more aggressive than other breeds, and this can lead to fear-based aggression from being a toy breed. Even a popular article from ‘The Atlantic’ was published indicating Chihuahuas were commonly reported in studies as the most aggressive breed. It doesn’t help that Chihuahuas tend to be inherently more over-protective and territorial of their owners.

If a Chihuahua has been properly trained during its fear period and still exhibits overprotective behavior, it is absolutely worth speaking to a behaviorist or pet trainer to look into re-adjusting the Chihuahua’s attitude in older age. Let’s dive into when you should speak to a behaviorist, and what the fear period is.

The ‘Fear Period’ and What to Do About It

Many certified dog trainers, behaviorists, and dog psychology experts refer to the time in a dog’s life known as the “fear period” – but what exactly is the fear period, and what should we do about it? The fear period is a period in terms of how to properly address problematic and aggressive behavior. This is something that is repeatedly backed by scientific studies, which reinforce the importance of proper training and socialization at an early age.

The first fear period occurs at 5 weeks of age, when a dog is still likely to be with a breeder. At 5 weeks, Chihuahuas have an extremely strong reaction towards loud noises or excessive stimuli. If it is able to overcome these fears through positive reinforcement and gradual introduction, the Chihuahua can accept these things as normal and commonplace.

However, most owners will not have had their pet at this early an age, and it is possible the pet was exposed to something triggering. This is why the next few periods of life are integral on your part as the owner.

The next period usually occurs at 7 to 10 weeks. A single traumatic event during this time may be enough to permanently traumatize a dog to all future stimuli . This can be related to an object, person, or other animal. In a domesticated environment, this period coincides with when the puppies are likely to be separated from their littermates and mother, and taken to a new home. It is extremely important to not expose the Chihuahua to traumatic experiences during this period.

The third fear period, during the 6 to 14 month timeframe, can have an equally dramatic impact. “Reactivity” is a huge element for the Chihuahua during this stage, as it tends to act more territorial and defensive in reaction to certain events.

So, how exactly do you deal with recurring fear periods and instill positive behavior in the Chihuahua? Can you stop it from being aggressive, and how much of it is tied to early development? While you may not be able to change the core of who your Chihuahua is, you can certainly reinforce positive behavior, and help your dog through fear periods in a healthy way.

How Can I Stop My Chihuahua From Being Aggressive? 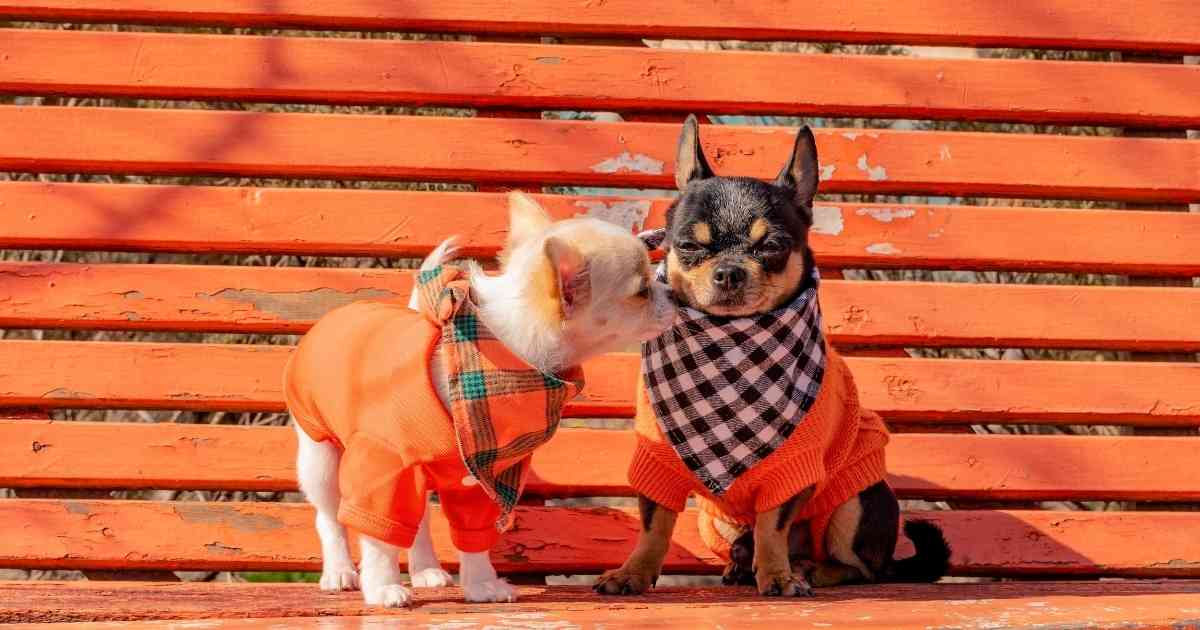 Chihuahuas may have a reputation for being sassy, but it doesn’t inherently mean your Chihuahua has to be that way – nor should that kind of behavior be encouraged or ignored. Instead, you should seek to properly train and socialize your Chihuahua from an early age, with positive reinforcement and behavioral techniques (particularly during the aforementioned fear periods.)

As Chihuahuas are a small and fragile breed, it is essential to teach your family or friends how to properly interact with it to avoid any traumatic experiences. This means not having a child be aggressive or rough with a puppy, and avoiding loud noises or startling movements.

During the period of 7 – 10 weeks in the Chihuahua’s life, the more exposure it receives to stimuli like larger dogs, or new things and new people, the better it will respond to those stimuli as an adult. Often, much more exposure is required for smaller breeds or those with earlier traumatic experiences.

Don’t fall victim to the stereotype that surrounds Chihuahuas as being mean or aggressive. Any dog can exhibit these behaviors, and it is particularly common in toy breeds, which just so happen to include the Chihuahua. By remaining as calm as possible in certain situations, encouraging positive reinforcement, socializing your puppy, and not punishing fear-based reactions, you can easily help your Chihuahua to overcome this negative behavioral trait.

So, to answer the question, “why are Chihuahuas so mean?” try helping your puppy cope in the world by offering the social reassurance methods mentioned above. You may find your dog to be the nicest on the block!

Small, But Certainly Not Stupid: Are Chihuahuas Smart?

As one of the most popular dog breeds known for being sassy, defensive, over-protective, and maybe even just a tad aggressive, how do Chihuahuas

Are Chihuahuas Hypoallergenic? Facts to Know

How to Pick the Best Pear Head Chihuahua

Are you looking for a lovable dog that is easy to care for, energetic, and cute? If so, you may want to consider the

Enter Your Info to Get Access to Our Newsletter

Find the training resources to help you care for your chihuahua and keep them healthy, get tips.